Under the terms of the non-binding LOI, AESI will build upon the existing Sixth Wave unit designed in collaboration with PuriTech to assist with the design of a commercial scale Affinity™ System.  Additionally, AESI will produce Affinity™ Systems for the North American market.  AESI will also provide ongoing support to field and service equipment installed in North America and other countries.

“We’re excited to mark off yet another milestone for our commercial production roadmap through the proposed partnership with ASEI” said Dr. Jonathan Gluckman, President and CEO of Sixth Wave. “David Campbell and his staff bring valuable experience in designing, engineering, fabricating and supporting efficient and easy to use extraction systems for cannabinoids.  We look forward to starting our joint efforts immediately and we take great pride in extending the presence of Sixth Wave and our Canadian partners like AESI in growing the economy and bringing high-tech jobs to Atlantic Canada”

“We are very excited about this proposed strategic partnership with Sixth Wave and their leading edge technology for separation of molecules,” said David Campbell, COO with AESI. “This collaboration could change the way licenced producers in North America post process their extracted products in both the cannabis and hemp industries.” 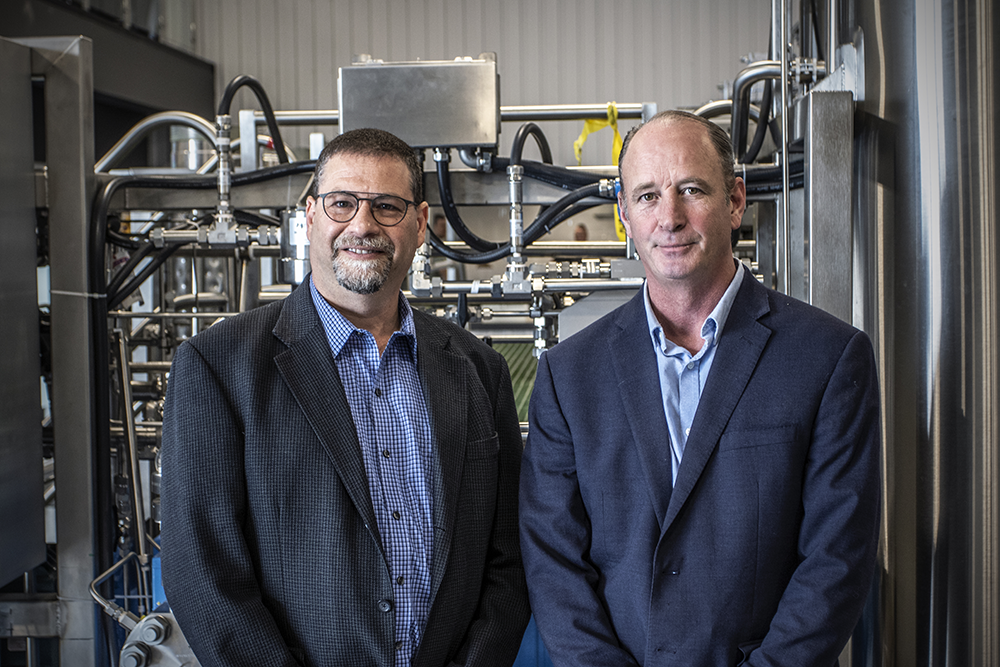 Further to the Letter of Intent, upon signing of definitive agreements, the companies will collaborate on several key initiatives, including:

The definitive agreement will incorporate an exclusive 5-year manufacturing agreement further to which AESI will manufacture the units for the North American market.

Advanced Extraction Systems Inc. designs, engineers and fabricates supercritical fluid CO2 extraction systems with a specific focus in the medical and recreational cannabis and hemp industries and has provided equipment to a variety of producers including Canopy Growth Corporation and Organigram Holdings Inc. Advanced Extraction Systems Inc. has assembled a skilled management team and a world-class Scientific Advisory Board with more than 75 years of combined experience directly relating to supercritical fluid design and processes.

The senior researchers of AESI complement Sixth Wave’s existing capabilities in separation of cannabinoids for isolates and distillates utilizing MIP’s and other chemistry.

Sixth Wave is a development stage nanotechnology company with patented technologies that focus on extraction and detection of target substances at the molecular level using highly specialized molecularly imprinted polymers (“MIPs”). The Company is in the process of commercializing its Affinity™ cannabinoid purification system, as well as, IXOS®, a line of extraction polymers for the gold mining industry.

Sixth Wave can design, develop and commercialize MIP solutions across a broad spectrum of industries. The Company is focused on nanotechnology architectures that are highly relevant for detection and separation of viruses, biogenic amines, and other pathogens, for which the Company has products at various stages of development.