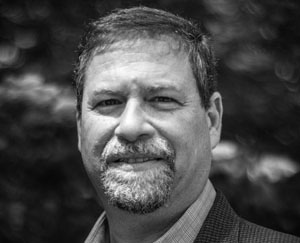 Dr. Gluckman brings a 25-year track record of innovative, technology-driven achievements to his role as President of Sixth Wave. As founder and CEO of Integrated Dynamics, a government engineering services company since 1996, Dr. Gluckman focused on the development and subsequent transition of advanced technologies into commercial applications. As the leader of 6th Wave since 2012, Dr. Gluckman has concentrated his efforts to complete IXOS®, in the metals processing industry. Dr. Gluckman holds a Ph.D from the University of Cincinnati. 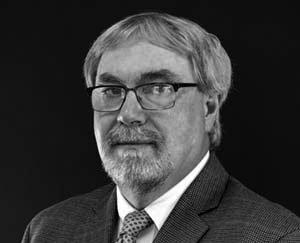 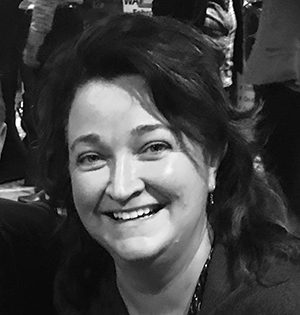 Ms. Wood is a Chartered Professional Accountant with over 25 years of experience in senior level public company financial roles. Ms. Wood served as Chief Financial Officer of UC Resources Ltd. and First Mexican Gold Group, both of which were mineral exploration companies listed on the TSX- Venture Stock Exchange. 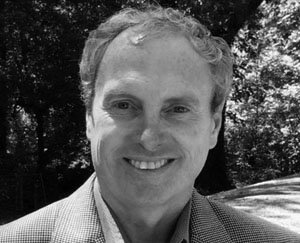 Mr. Cowan started his career as an engineering craft apprentice and additionally gained many years of relevant college education including a BS Honors Degree in Mechanical Engineering, Mr. Cowan progressively used his education & experienced gained from over 25 years with the Eaton Corporation in Europe & USA to contribute in all levels of Leadership within the Operations Engineering and Quality disciplines 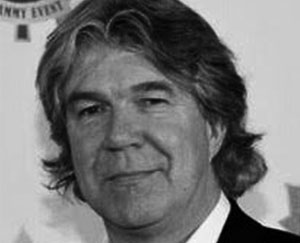 Dr. Fransen’s career spans 40 years in various roles including senior executive positions in government, academia and the diplomatic corps. Dr. Fransen has provided strategic leadership across a wide range of economic policy and program sectors as a senior official at the Privy Council Office and Health Canada, as an Assistant Deputy Minister at Industry Canada, as the first Executive Director of the Institute for Quantum Computing, and as Canada’s Consul General in Los Angeles. 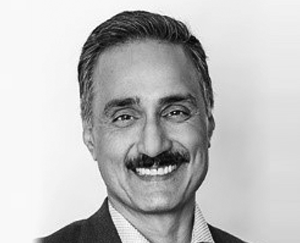 Mr. Puar, with over 30 years in the public markets, has worked in various capacities in both public and private companies. He has worked with companies in the mining, oil and gas, technology, education and clean energy sectors since 2001. Most recently, Mr. Puar held the positions of CEO, Chairman and Director of Candelaria Mining Corp. from February 2012 to September 2017. During his tenure, Candelaria Mining Corp. raised in excess of $28 million and acquired several mining projects in Mexico. From May of 2015 to present Mr. Puar has held the position of CEO and Director of Else Nutrition Holdings Inc. and currently remains as a director of the company. Since going public in June of 2019 Else Nutrition has raised over $41 million. Mr. Puar also sits on the board of Adcore Inc., a technology company in the digital advertising space.

Mr. Puar holds a diploma in Mechanical Engineering Technology and a diploma in Business Administration from the British Columbia Institute of Technology. Mr. Puar sits and has sat on the board of many public and private companies including the board of Governors of Southpointe Academy, an independent school located in Tsawwassen, B.C., where he Chaired the Governance Committee, and currently sits on multiple committees. 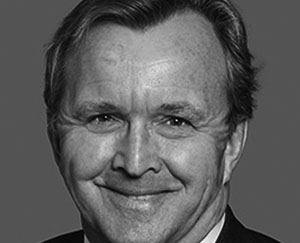 Senator Mitchell has had careers in the public service, business and politics in Alberta. He was appointed to the Senate in 2005. Prior to his appointment to the Senate, Mr. Mitchell spent twelve years serving in the Alberta Legislature as MLA, including four years as Opposition Leader from 1994 to 1998. He received a Master of Arts in Political Studies from Queen’s University in 1976 and a Bachelor of Arts (Honours) in Political Science from the University of Alberta in 1973. 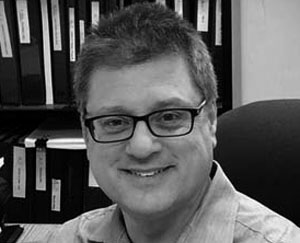 Dr. Kalivretenos is responsible for new product development and commercialization of Molecularly Imprinted Polymers (MIPs) for Life Science Applications, including pharmaceuticals, natural products, food safety, healthcare and drug detection. Dr. Kalivretenos performed a post-doctoral fellowship focusing in the CNS area at Columbia University after earning his PhD in organic chemistry from Colorado State University and a BS in chemistry from Clemson University. 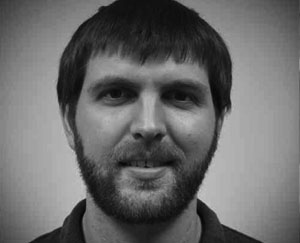 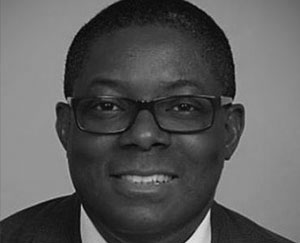 Nicol is an engineer with over 25 yrs of experience in mineral processing from lab test work through feasibility study, construction, commissioning and operation. Nicol has demonstrated a strong culture of safety and proficiency as requirements of ISO 9000 during plant construction, mechanical completion assessment, plant commission and operation, maintenance, and process optimization. 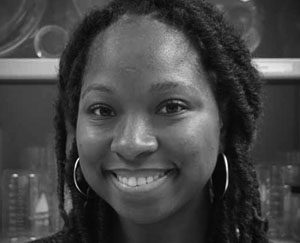 Brandi Maull, M.S. is Chief Product Specialist with Sixth Wave. Maull has worked for the past 8 years in MIP development and 5 years helping to develop the IXOS® gold adsorption product line. She holds a B.S. from Syracuse University and an M.S. in Chemistry from the University of Nevada-Reno. 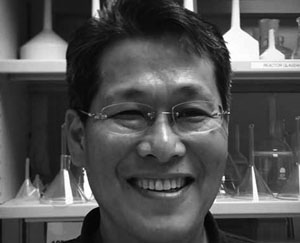 Peter Kim graduated with a Doctorate Degree in Chemical Engineering at Ajou University in 2002. He is a senior scientist with expertise in adsorption, catalysis, material synthesis, analytical chemistry, and wet chemistry. Since 2015, he has been leading batch/column adsorption, elution process development, adsorbent evaluation, and metal analysis with ICP-MS. 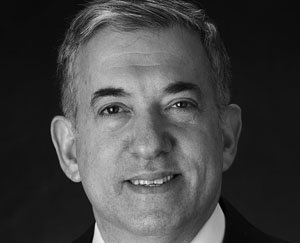 Jay M. Cohen is a native of New York. He was commissioned in 1968 upon graduation from the United States Naval Academy. He holds a joint Ocean Engineering degree from Massachusetts Institute of Technology and Woods Hole Oceanographic Institution and Master of Science in Marine Engineering and Naval Architecture from MIT. Cohen was sworn in as Under Secretary for Science & Technology at the Department of Homeland Security on August 10, 2006. 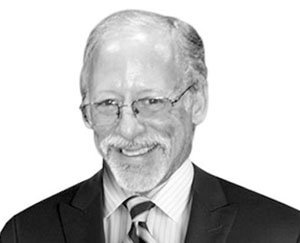 Mr. Johnson is the President of Tyler Rental Inc., an enterprise with over $50M in assets. Mr. Johnson formed Alaska Ship and Drydock (“ASD”) to operate the Ketchikan Shipyard under contract with the State of Alaska Department of Transportation and Public Facilities in 1993. Mr. Johnson resides in Ketchikan and has been a resident of Alaska for 33 years. 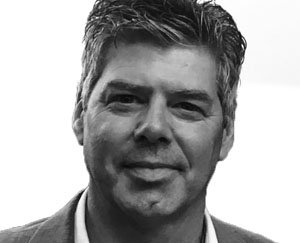 Bruce Wallace is president and CEO of the Nuclear Innovation Institute (NII), an independent, not-for-profit organization committed to accelerating the pace of innovation in the nuclear industry. Bruce spent most of his previous career in media, working as a foreign correspondent and editor primarily for Maclean’s magazine and the Los Angeles Times. Over three decades working across Europe, Asia and North America, he wrote broadly on politics and business, sports, entertainment and the environment, as well as reporting from conflict zones. After leaving journalism, Bruce worked as Chief Creative Officer for NGen, Canada’s Advanced Manufacturing Supercluster and, before that, was Special Advisor to the Deputy Minister for Economic Development and Growth, Research, Innovation and Science in the Ontario government. He currently lives in Southampton, Ontario. 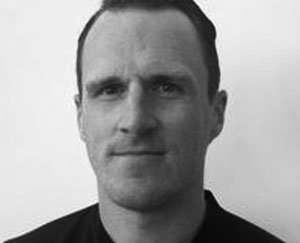 Mr. Dion Phaneuf is a three-time National Hockey League (“NHL”) All-Star. Mr. Phaneuf matches his on-ice presence with his off-ice devotion to the community and in 2008 the Calgary Flames honoured Mr. Phaneuf for his role as an ambassador to the Alberta Children’s Hospital and other community endeavours awarding him the Ralph T. Scurfied Award for humanitarian service. Mr. Phaneuf’s off-ice leadership continues as demonstrated through his involvement in the Special Olympics and organizing and hosting an annual fundraising events in his off-season home in Prince Edward Island.

Looking for a Technology Partner for your project?

WE WORK WITH SOME OF THE TOP COMPANIES IN THE MINING, MEDICAL & LIFE SCIENCE INDUSTRIES.